Nice story on the Packers 1958 draft which included their 6th round pick Ken Gray. Gray was the last player cut by the Packers and would sign as a free agent with the Big Red where he would go on to an All Pro career. 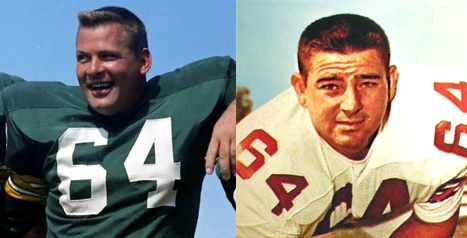 A couple of months ago, I wrote about the greatest draft class the Green Bay Packers ever had in their history.

All four of those players had excellent careers in the NFL, with two of them (Taylor and Nitschke) getting inducted into the Pro Football Hall of Fame. In my opinion, Kramer should most definitely be in Canton as well.

Currie was named All-Pro three times and was selected to one Pro Bowl.

Taylor was named All-Pro six times and went to the Pro Bowl five times, plus was named NFL MVP in 1962.

Nitschke was named All-Pro six times and for some reason only went to one Pro Bowl. No…