Former Big Red greats tee off for a great cause.

It was a beautiful day for golf as many former Football Cardinal greats participated in the 11th annual Jim Hart Celebrity Golf Outing at The Legends County Club in Eureka, MO. This event benefits Sunnyhill, Inc. which provides services, programs, and opportunities for children and adults with developmental disabilities.

Former Mizzou head coach Gary Pinkel served as the honorary chairman of the event and drove the ball right down the middle of the fairway on the first tee. Hart and many of his former Big Red teammates such as Mel Gray, Roger Wehrli, Tim Kearney, Tim Van Galder, Johnny Roland, and Jim Otis were in attendance.

Hart currently lives in Naples, FL and only gets back to St. Louis about once a year. We talked about his induction into the Arizona Cardinals Ring of Honor and was surprised to learn that he did not see Bill Bidwill during his visit. However, you could tell he was honored and humbled by the ceremony last December. We also talked about the late great Bill Wilkerson who was Hart’s college teammate at SIU-Carbondale in the 1960s.

Check out the photos from the event below! 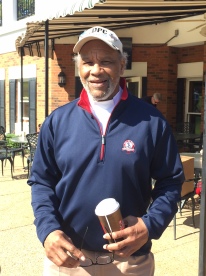 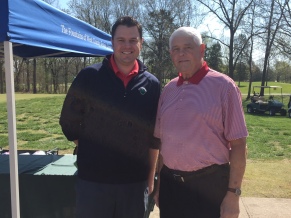